With every passing Easter Sunday, the idea of rebirth and starting over, sober and clean of drugs and alcohol is seen everywhere. From nature being reawakened from its winter slumber to the Christian belief in the rebirth of Christ, this time of the year has always had a special importance people in many different facets. It is a time of new beginnings, addiction recovery. Easter reminds us that even in the longest and darkest of nights, the morning will come and the sun will rise.

For many, this time is also the beginning of a process of a personal rebirth, to begin again in our own lives by righting our wrongs and starting to walk a new path. A rebirth is precisely what recovery from drugs and alcohol addiction is. Our staff at Hickory Wind Ranch will help you put the drugs down and gain even just a little clarity, we realize that we truly do not have to continue living the life of a drug addict and become an entirely new person—the person we were meant to be.

Learn More About Our Programs.

One of the newest social trends among teens and young adults in Texas is the use of powdered
alcohol at parties, in school, at home and in the workplace. Called ‘palcohol’, as an abbreviation
for powdered alcohol, the once rare substance is now mass produced and sold all over the
world. The very bad news is that it is much more dangerous than liquid alcohol and has the
potential to encourage alcohol abuse and destroy those who seek sober living.
The new scourge of palcohol is especially rampant in the state of Texas, where legislators have
already begun to make an attempt to outlaw the potent powder. Non-profit groups and informal
associations that work to treat alcohol abuse are also on board the legal bandwagon to stop the
palcohol problem before it becomes an epidemic.
Science
Perhaps it was inevitable with recent advances in chemistry, newly relaxed attitudes about drugs
that make people high, and a national trend toward drug legalization. The most pernicious aspect
of powdered alcohol, say its many critics in the scientific community, is its ability to go undetected
by law enforcement, school authorities and parents. But on top of that is the exceedingly high risk
of poisoning.
Legislation in Texas, introduced by Trent Ashby, a state rep from Lufkin, would prohibit the powder
from being manufactured, imported or sold in the state, but says nothing about homemade
powder, which is apparently a simple recipe to master. Critics of Ashby’s proposal say it’s a good
start but neglects to address moonshine versions of the stuff that any teenager can concoct in a
garage or basement with minimal equipment.
It’s Not Cannabis
The comparisons between powdered alcohol and cannabis fall short for several reasons. First, when
marijuana was illegal in every U.S. jurisdiction, it was difficult for home-growers to cultivate
enough of the stuff for much more than personal use. And they did so at great legal risk.
Making powdered alcohol requires no special lamps, illegal seeds or expensive equipment. By
simply adding ordinary sugar to a bottle of whisky and then letting the mixture dry, anyone with
$10 and a cup of sugar can make their own bottle of undetectable rotgut. But besides the legal
invisibility of powdered alcohol, what are the dangers? Here’s a very short list courtesy of the many
organizations who hope to stem the tide of the powerful powder:
1. Top of the list: the risk of poisoning, almost always unintentional. Adding a scoop or two of
powdered alcohol to a drink makes it an instant cocktail. Adding it to an alcoholic beverage makes
that drink a super-high proof liquid. This danger is one of the main reasons there are strict laws in
place that regulate the alcohol content of beer, wine, and spirits. Powdered alcohol lets any
backyard chemist create 150 proof brew without labels, warning statements, or disclosures of any
kind.
2. The fact that it’s easy to sneak into a party or bar means an increased risk of drink-spiking, a
social hazard for dozens of reasons, some obvious and some not. Public drunkenness might
become a national curse, and everyone would have to keep an eye on water and sodas in public
lest the barroom joker decides to slip a mickey into an otherwise innocent drink.
3. Injection and snorting are already a problem in Texas and some of the other 26 or so states that
have outlawed, or are ready to outlaw, powdered alcohol. For underage teens and others who want
a secret way to consume a powdered beer before class or during the lunch hour, it’s easy to
forego the liquid additive (which can be water, lemonade, milk, soda, or anything else) and just
snort the powder, or even inject it! Setting aside the obvious dangers of using needles without
medical supervision, snorting brings its own physical risks like overdoses and damage to the nasal
passages.
4. People who want to conceal a vast supply of alcohol (which includes anyone not allowed to have
it by law or regulation) use powdered substances to build a tidy stash of perhaps 100 cases of
beer, wine or whiskey. Imagine if a child had a secret hiding place, not known to adults, where he
or she could store virtually any substance in mega-quantities? The implications are frightening.

5. Manufacturers of powdered alcohol, most of whom are based in foreign countries or offshore and
out of reach of U.S. regulators, are now making dozens of varieties and strengths of the product in
many flavors, thus upping its marketing appeal. Flavored alcohol has the potential to draw in
young users by the droves.
6. Maybe the most valid criticism of powdered alcohol manufacturing is that it does an end-run
around current U.S. laws, all of which are in place to prevent the very real dangers posed by the
new product: poisoning, inadvertent overdose, easy concealment, the ability to attract underage
users, and the risk of encouraging dangerous modes of ingestion like snorting and injection. 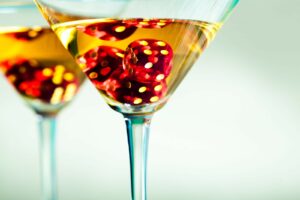 What’s the Verdict?
In Texas, lawmakers are working feverishly to join the growing list of states that already ban the
dangerous powder. As far as law enforcement officials know, there are not any powdered alcohol
manufacturers in Texas a this time, but the threat is not so much from in-state manufacturers as it
is from those elsewhere. While about half of U.S. states have banned sale and manufacture of
powdered alcohol, another 15 or so have laws in the pipeline that will do so.
Powdered, ultra-concentrated alcohol has the potential to become a widespread public health
problem in Texas unless the state acts quickly to join other U.S. jurisdictions that have taken
significant steps to make sure that this potential hazard does not get a chance to take hold and
add one more obstacle in the path of Texans who want to live without the dangers of extremely
potent drugs floating around their communities.
Organizations interested in sober living, like 12-step programs and addiction support groups, are a
big part of the effort to stop dry alcohol from becoming a common product. Some entities have
even pushed for federal legislation to stop powdered alcohol in its tracks, but so far the U.S.
Congress has not taken up the topic.